With over 30 combined years of assessment preparation experience, Ken Mercer and Mike Testa help students maximize their test score.  Ken and Mike seek to build an environment where the student feels empowered – this is the key in helping students achieve their ultimate score goal.

and personal statements, and consultation regarding financial aid

to help prepare the workplace for the Z’ers, provide training on how Generation Z differs from Millenials, and advise on how to recruit/retain top Gen Z talent.  We understand the unique challenges this generation faces and support maximizing cohesiveness within a multigenerational workplace.

Sisyfly has long helped Generation Z prepare for college.  Now, Sisyfly is bringing Generation Z to work! We will replace misconceptions about this talented and unique generation.  These digital natives are ready to make an unprecedented impact. 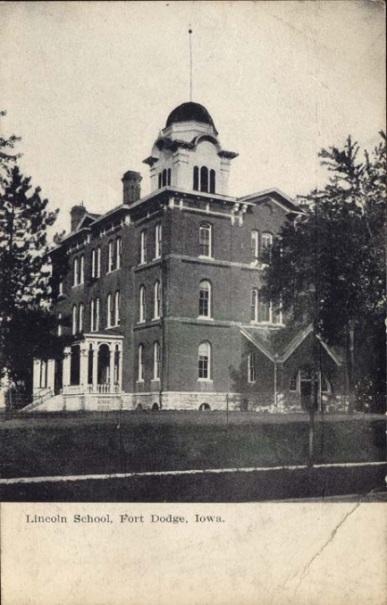 By 1868 the ever increasing school population of Fort Dodge had outgrown three upgraded buildings. So in that year bonds were issued, and a new twelve-room school house was started. It was ready for the school year in September, 1869. The building was built at the corner of 2nd Avenue North and 10th Street. However, five months later on January 20, 1870, the school building burned to the ground. The school board used the insurance they collected and began a new building on the same location. This new building was ready for use in the fall of 1872. Until it was completed, classes were held in various places: churches, empty store rooms, etc. The new building was named for D. K. Lincoln, president of the school board and an outstanding citizen. The building was then on the edge of town, and people complained of having to send their children “way out on the prairie” to school. It was often referred to as the “School on the Prairie.” The Lincoln School housed all grades, with the high school located on the third floor.

In 1872 the teaching staff consisted of ten women and one man. Early records do not speak of anyone as principal but refer simply to superintendent, or professor, as he was called. The high school became known for its progressive ideas. New supplies needed in the building were paid for by socials, programs, bazaars, suppers, etc., which students and teachers worked out as money-making schemes.

Colleges Our Students Have Attended

“Mike Testa is one part motivational speaker, one part therapist and one part academic advisor/tutor. He gives strategies that serve to target specific areas of improvement for increasing your scores on the ACT. He’s so good at analyzing your strengths and weaknesses, then making the adjustments to your test taking. Not only did he help me to improve my scores in every single area of the ACT, but he also helped me reach my goal of achieving the 100% bright future scholarship.” ”

Inspire and Empower. Destroy any barrier. Sisyphus, the Ancient Greek mythological figure, is our inspiration. Sisyphus was a Greek King who utilized his determination, cunning and wit in order to outthink “the gods.” Ultimately, he was captured and sentenced to an eternity of pushing a boulder up a mountain. The “Gods” punished him for possessing an undying spirit and brilliant mind.

In our logo, the person represents YOU.  The boulder represents any and all obstacles.  We refuse our 'pre-determined' fate of going back down the mountain.  Our persistence leads to cracks in that boulder.  We wish to help our family (YOU!) break through and SISYFLY.